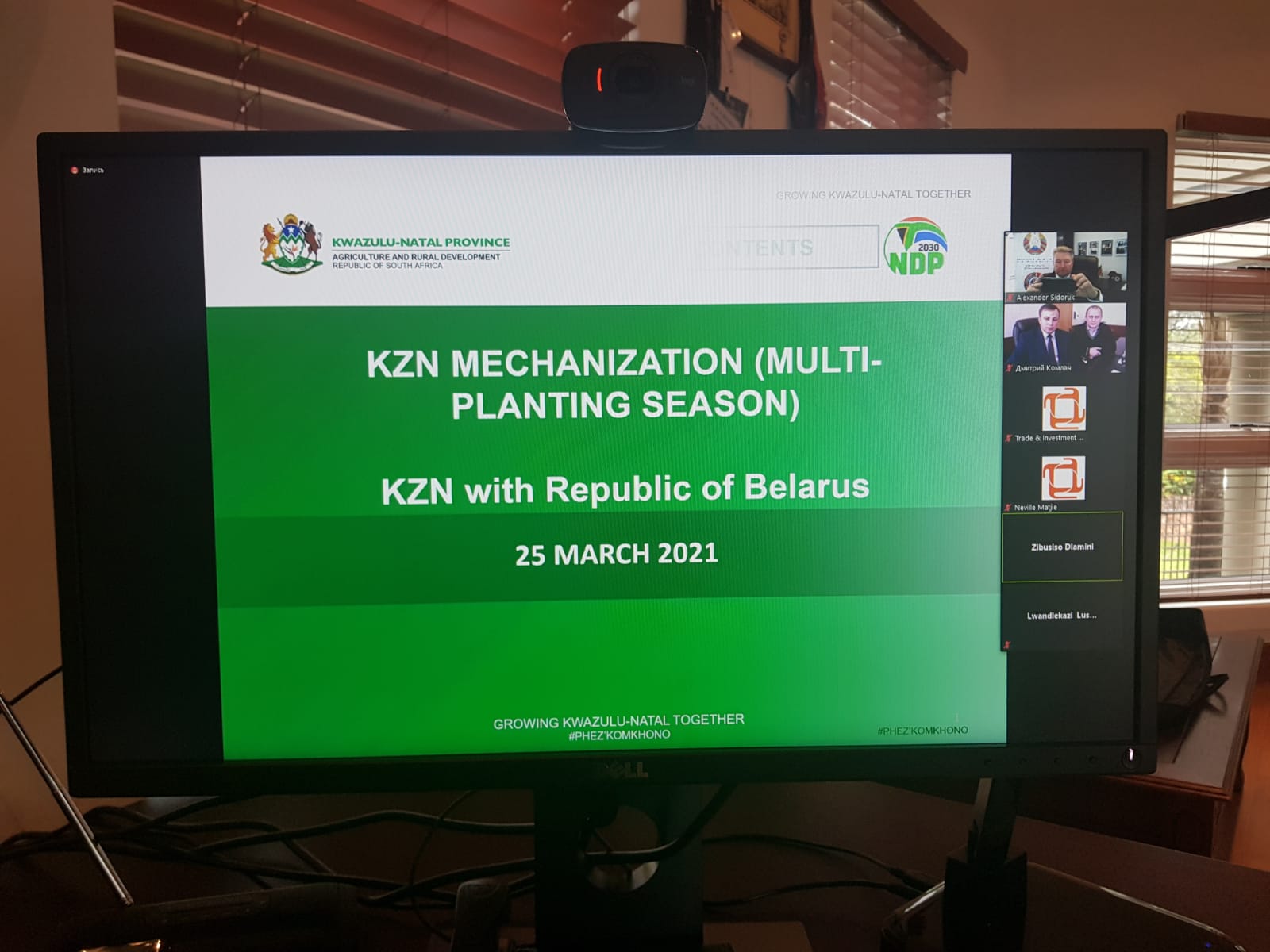 On March 25, 2021, at the initiative of the Embassy, a meeting was held between the heads of the RUE “Scientific and Practical Center for Agricultural Mechanization of the National Academy of Sciences of Belarus” and the Trade and Investment Agency of the South African Province of Kwazulu-Natal (TIKZN).

During the event, the Director General of the RUE “NPC of the National Academy of Sciences of Belarus for Agricultural Mechanization” Dmitry Komlach presented the scientific and technical potential of the Center to the South African side, expressed his readiness to participate in projects on the mechanization of South African agriculture.

During the videoconference, Ambassador Extraordinary and Plenipotentiary of the Republic of Belarus to the Republic of South Africa Alexander Sidoruk held a speech, agreements were reached on the exchange of information on equipment for use in medium and small farms in the province, as well as on the continuation of cooperation, including within the framework of the Ambassador's meeting with the Prime Minister of Kwazulu-Natal Province Sihle Zikalala, scheduled for April 15-16, 2021.

The province of Kwazulu-Natal is the second most populous province in South Africa (11.5 million people), contributing about 16 percent to the country's GDP (ranks second among the nine provinces in economic indicators).